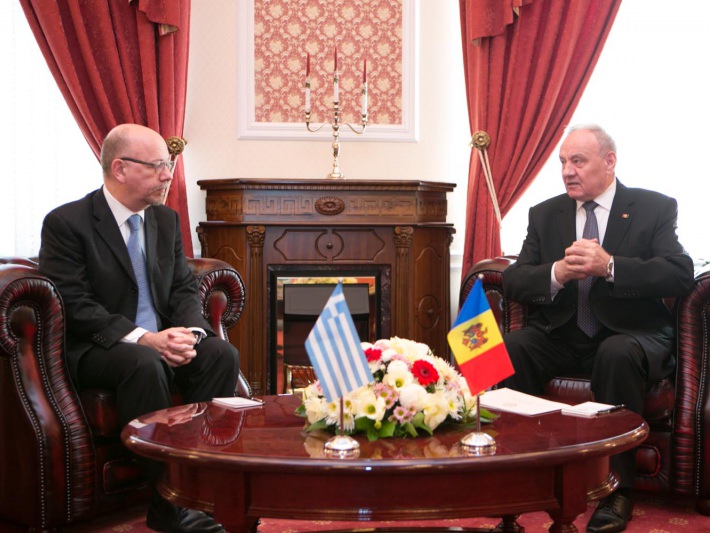 Timofti wished Papadopoulos every success in his diplomatic mission and voiced hope that the Moldovan-Greek ties would deepen during his mandate.

At the meeting, Timofti reconfirmed the Moldovan authorities’ decision to continue Moldova’s European integration. Timofti said that the initialling of the association agreement with the European Union at the Eastern Partnership Summit due in Vilnius, as well as its subsequent signing, would represent an important step in the European integration process.

For his part, Papadopoulos reconfirmed the firm support of Greece for Moldova’s European aspirations, as well as for the reforms agenda. The envoy encouraged the efforts of the Moldovan authorities to this end, stressing that Greece’s accession to the EU had offered his country a lot of benefits.

”The Hellenic Republic will take over the European Union’s chairmanship on 1 January 2014. We want to contribute to speeding up the liberalisation of the visa regime for the Moldovan citizens,” Papadopoulos said.

The officials agreed to foster the economic ties between the two states.