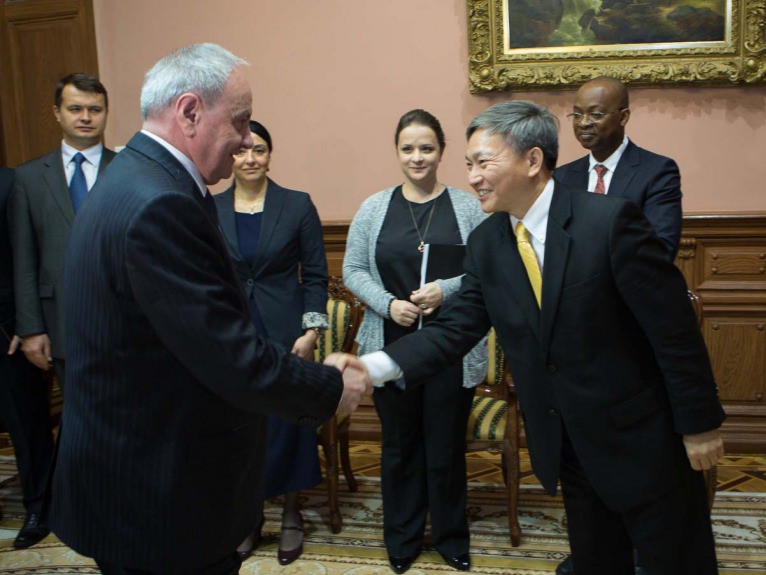 Timofti expressed satisfaction with the current stage of cooperation between Moldova and the World Bank. He added that the projects implemented with the support of this international financial institution contributed to carrying out reforms needed for the EU integration.

Qimiao Fan welcomed the efforts to modernise the country taken by the Moldovan authorities. “The WB partnership strategy with Moldova was approved on 5 September 2013. It provides for earmarking 570 million dollars the next four years to support the reforms, especially in the education and health care, improve the investment climate, enhance economic competitiveness and upgrade the financial sector,” he said.

Qimiao Fan noted that one of the most important infrastructure modernisation projects, benefitting from the WB’s financial support, would be the one aimed at reforming the Termocom company.

Qimiao Fan drew attention to the need to ensure transparency of transactions on the financial market.

For his part, the Moldovan president expressed confidence that the projects carried out in the partnership with the WB would allow raising the citizens’ living standards.

Nicolae Timofti and Qimiao Fan also tackled other issues of Moldova’s relationship with the World Bank.