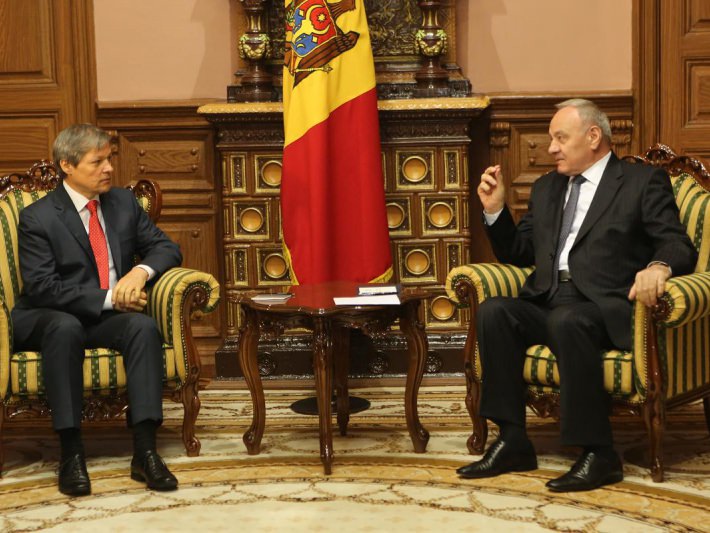 President of the Republic of Moldova, Nicolae Timofti, had today, 11 October current year, a meeting with the European Commissioner for Agriculture and Rural Development Dacian Ciolos at the Presidential Residence.

“We are open to rigorously observe the European standards of production and quality, in the idea to firmly advance on the path of agricultural and regional development in the Republic of Moldova. The strict, yet clear-cut rules on the European market will be for the benefit of the Moldovan producers”, Nicolae Timofti said.

For his part, Dacian Ciolos said the European Union would continue to double the political support provided to the Republic of Moldova by practical actions and decisions. “The free movement of the Moldovan goods to the European Union and the future visa free regime the Moldovan citizens will benefit from in the EU area will clearly prove also the practical aspects of Moldova’s European integration”, the high official noted.

Dacian Ciolos noted that initialling by the Republic of Moldova of the Association Agreement with the European Union would be a friendly signal for the potential foreign investors. “The Moldovan authorities’ duty is to ensure the needed political stability for the country, a trustworthy and stable institutional framework, a transparent and predictable business environment”, the official underlined.

“Moldova’s economic integration into the European Union will contribute to creating new jobs, as well as improving the citizens’ living standards. The European Commission holds talks on the liberalization of the EU market for other Moldovan goods, too, besides wines, provided that the producers meet the EU standards”, Dacian Ciolos said.

“There is also room for Moldovan agricultural production in the European Union”, the European Commissioner concluded.

During the meeting, Nicolae Timofti and Dacian Ciolos also discussed ways of enforcing the European Neighbourhood Programme for Agriculture and Rural Development (ENPARD). This is a new political initiative, that is part of the EU’s commitment to economic growth and stability in its neighbourhood, and which recognizes the importance of agriculture for food security, sustainable development and creation of jobs in the rural area.