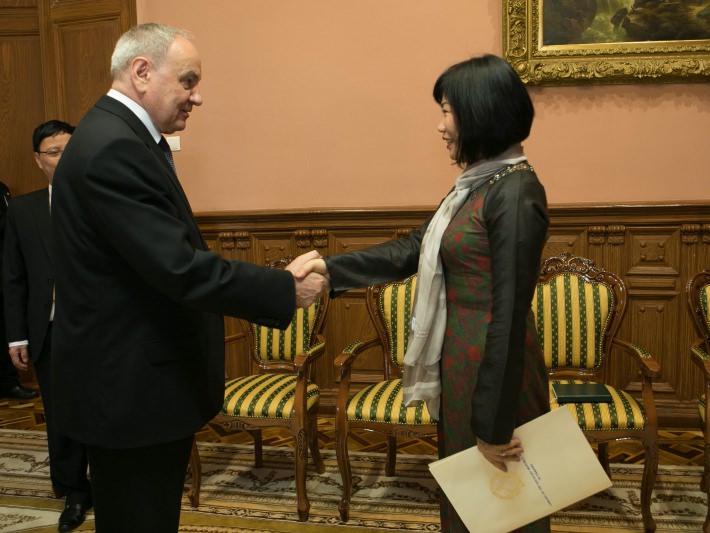 President Nicolae Timofti met today, 31 October current year, the Kiev-based Vietnamese Ambassador to the Republic of Moldova Ho Dac Minh Nguyet, on a farewell visit at the end of her term.

During the meeting, the two officials reviewed the bilateral relations between the two countries and agreed that they were to be deepened, especially referring to the trade, political and cultural relations. “Taking into account that the Republic of Moldova and Vietnam are preponderantly agrarian countries, we should boost our cooperation, especially in this sector. We do hope that the Moldovan wines will have room on the Vietnamese market”, Nicolae Timofti said.

For her part, Ho Dac Minh Nguyet voiced hope that her successor would maintain and consolidate the relations between Vietnam and Moldova. “The Moldovan wines are really of good quality and they must reach the Vietnamese shops”, Ho Dac Minh Nguyet added.

Also, the Vietnamese official thanked the Republic of Moldova for the support of the Vietnam’s candidacy in the UN Human Rights Council for 2014-2016.