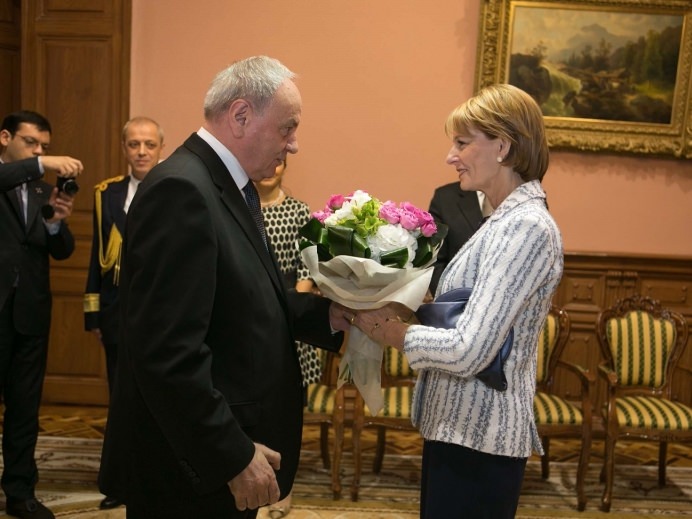 Head of State welcomed the presence of princely family in Chisinau and insisted on apologising for the incident at the monument Stefan cel Mare that occurred on 8 October. “I assure you of the respect and consideration of Moldova’s people. Thank you for your involvement in charity, cultural and social projects in Moldova”, Nicolae Timofti said.

The President stressed the importance of establishing contacts with representatives of the Royal House of Romania, given the Chisinau authorities’ openness to the European civilization. “The Republic of Moldova is at a crucial step, soon to initial and then sign the Association Agreement with the European Union. We have lately benefited from unprecedented support of our European partners, particularly of Romania, in our European integration”, said Nicolae Timofti.

For his part, Prince Radu of Romania announced the Royal House’s support for the efforts of European integration of the Republic of Moldova, noting that “His Majesty King Mihai I of Romania, asked us to convey to you that He always kept the Bessarabians close to his heart and in his thoughts”. His Highness thanked for the hospitality shown to the princely family within this three-day visit to Moldova, during which they visited state institutions, universities and schools in the towns of Soroca, Orhei and Balti.

The sides also discussed common economic, social and cultural projects between Romania and Moldova, which would contribute to the rapprochement between people from both sides of the Prut River.

Crown Princess Margareta and Prince Radu of Romania invited President Nicolae Timofti to visit the Royal Family in Bucharest, at the Elisabeta Palace.