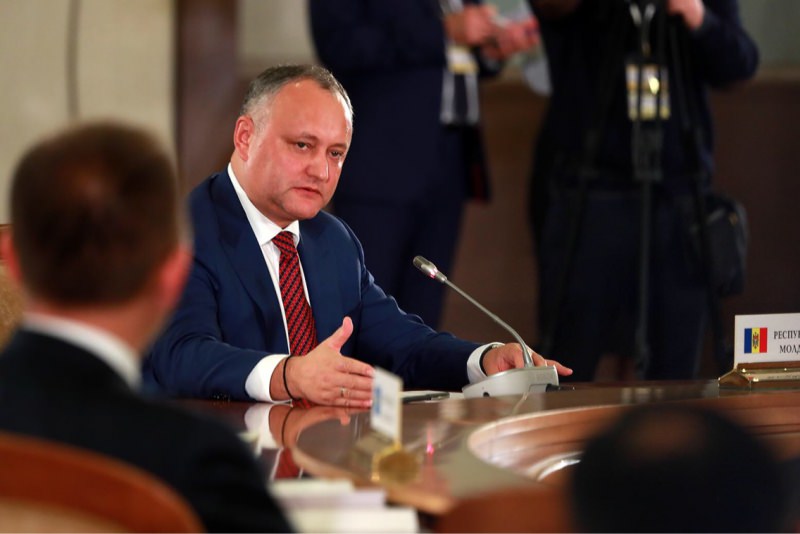 According to the President of the country Igor Dodon, the discussions within the framework of the meeting of the Council of the Heads of State of the EAEC (Eurasian Economic Community) were open and fruitful.

The leaders of the countries that make up the Eurasian Economic Community welcomed the application of the Republic of Moldova for obtaining the status the observer status within the framework of this structure. Conceptually, the issue of approving the rules of participation in the EAEC for the observer countries was considered. It was decided to finalize all the technical issues associated with this issue.

The head of the Moldovan state stated his confidence that obtaining Moldova's observer status under the Eurasian Economic Community is a start for building cooperation, developing interstate strategic relations, and creating significant opportunities for the economic development of our country.

"I want to thank the colleagues, presidents of the five countries for the positive decision regarding the approval of the observer status of the EAEC for Moldova. I especially want to thank my Russian counterpart, Vladimir Putin,  for consistent support in this and other issues, " said Igor Dodon.

As the President of the country noted, Moldova needs good political and economic relations both with the West and with the East. We must build bridges, not barriers. Only in this way will we succeed.