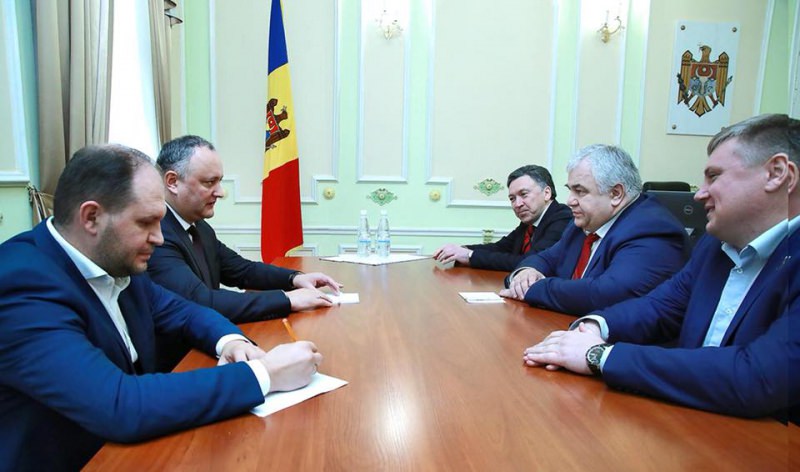 President of Moldova Igor Dodon held a working meeting with State Duma deputy Kazbek Taisaev and leader of the Party of Communists of Transnistria, a deputy of the Supreme Council of the PMR Oleg Horzhan.

The parties discussed political situation in Moldova, issues related to the development of the Moldovan-Russian relations following the meeting of the CIS heads of state in Sochi. The issue of settling the Transnistrian issue was discussed separately.

"We discussed the issue of revitalizing the work of the inter-parliamentary friendship group between Moldova and Russia, which had not gathered for a long time. The decision to resume the activities of these groups was taken following a meeting with State Duma Speaker Vyacheslav Volodin.

I am confident that, despite all the obstacles from the part of the ruling regime, the relations between Moldova and Russia will expand," Igor Dodon said after the meeting with the representatives of Russia and Transnistria.