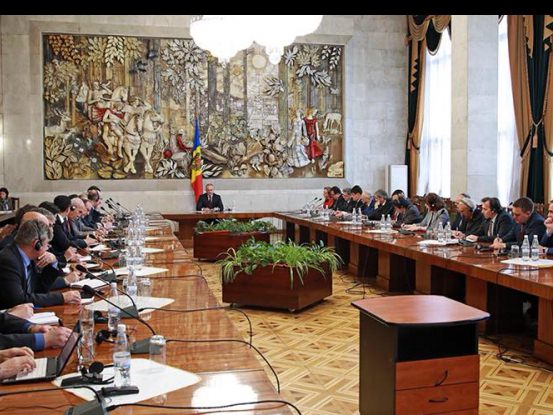 During the dialogue, many important issues related to domestic and foreign policy of the country were touched upon.

The Head of the State, noted that recent events, mainly involving the Constitutional Court in the dirty political games of the parliamentary majority, were discussed in detail. Also, he said that the power in the Republic of Moldova belongs to the people, and only people have the right to make decisions on the interpretation and amendment of the Constitution on various issues, from the powers of various representatives of state institutions ending with questions about the name of the language. He stressed that it is regrettable that instead of being a guarantor of the Constitution, the Constitutional Court has become an interpretative tool, increasingly used by representatives of the Democratic Party in its own interests.

During the conversation, the meeting participants discussed the forthcoming parliamentary elections, as well as the issue of creating electoral districts. They also talked about the prospects for settling the Transnistrian conflict, as well as the need to speed up organization of negotiations in the "5 + 2" format. An exchange of views also took place regarding the forthcoming foreign visits Igor Dodon, in particular, his trip to Rome, within the framework of which a meeting with the Pope is planned.

The meeting lasted longer than usual. There were many questions from the ambassadors. A productive and constructive dialogue was held.