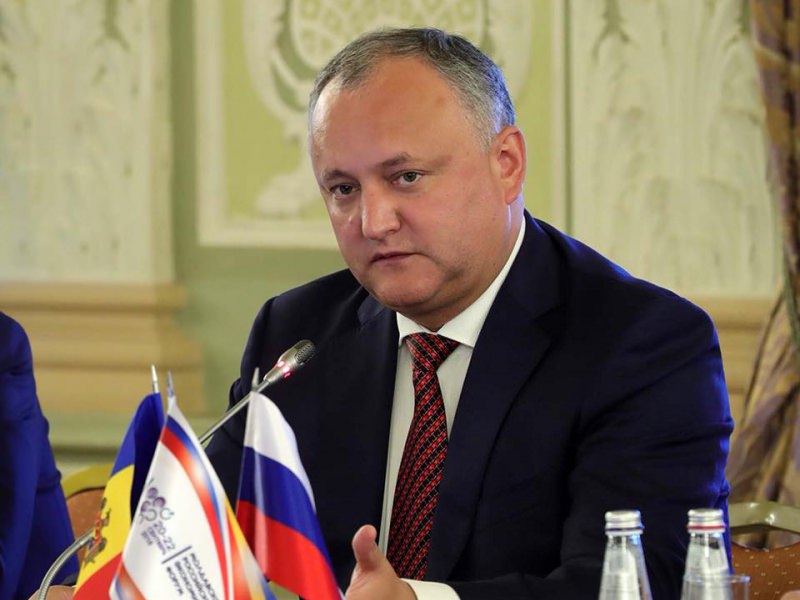 Representatives of the leadership of the All-Russian public organization "Delovaya Rossiya" and dozens of other Russian big businesses took part in the meeting during which presentation of the investment climate of the Republic of Moldova was held.

"During the speech, I noted openness of the Moldovan economy for the Russian investors and drew attention to the fact that the Russian Federation is one of the largest trade partners of Moldova, but the potential of our economic ties has not been fully realized. We are talking not only about trade, but also about production cooperation, creation of joint ventures, transfer of technology, infrastructure, transport and logistics projects," the President of Moldova said.

The Head of State stressed that Moldova could be interested in the Russian business by signing the Free Trade Agreement with the CIS countries and with the EU countries (DCFTA) and with Turkey, and the favorable geographical location between Europe and Russia makes our country attractive for business development.

"The tax burden on the Moldovan economic agents is about the same as in Russia, and residents of seven free economic zones are endowed with a number of benefits. In addition, Moldovan entrepreneurs are fluent in Russian and know common traditions of doing business in the post-Soviet space," the President said.

At the end of his speech, the Moldovan leader invited Russian businessmen to the large-scale Economic Forum, which will be held in Chisinau on September 20-22 and will become a venue for negotiations and conclusion of contracts.

"At the event, an advertising video was presented dedicated to the September Forum in Moldova and created in cooperation with the Russian partners," Igor Dodon said.