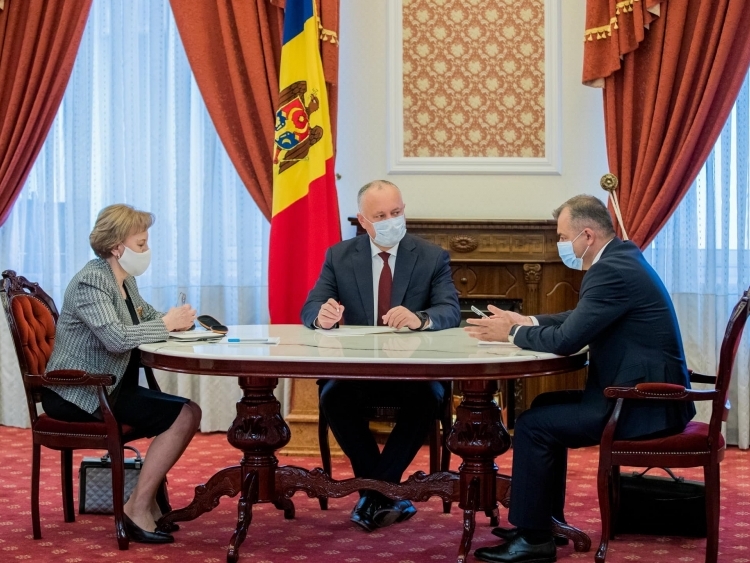 The President of the Republic of Moldova Igor Dodon participated in the weekly meeting with the Speaker of the Parliament Zinaida Greceanii and the Prime Minister Ion Chicu.

The officials summed up the activity of the Moldovan top leadership the previous week. The head of state mentioned that the rectification of the budget after the adoption of the four socio-economic projects of major importance would come into force after their promulgation by the President.

In this context, the country’s leadership announced the rehabilitation of national roads and the construction of the 16 industrial platforms in the district centers of Moldova, which would contribute to job creation and regional economic development.

The parties also addressed the pandemic issue, reiterating that despite the positive dynamics in Moldova in the previous two weeks, it was decided to prolong the state of emergency in public health due to the worrying situation at regional and global level. It was also mentioned that some countries had reintroduced restrictive measures, and we might continue to comply with health rules.