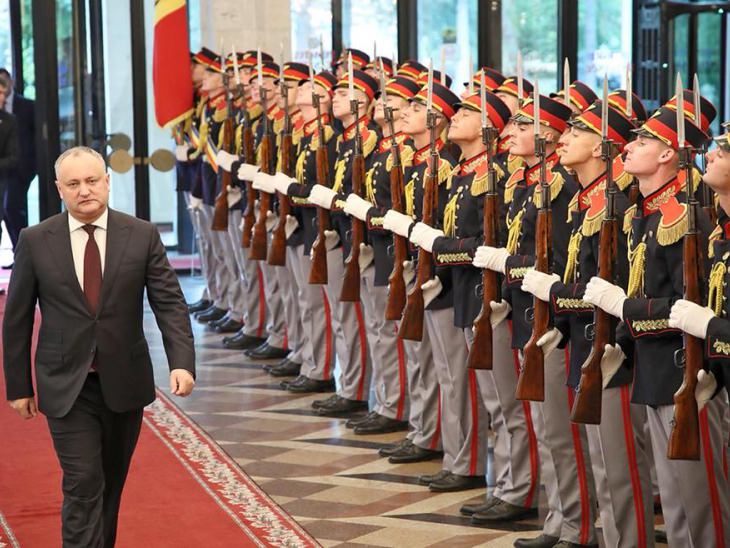 President of the Republic of Moldova Igor Dodon made the following statement regarding the swearing in of the new Minister of Defense Eugen Sturza:

"The swearing in of the Minister of Defense goes beyond the political legitimacy and demonstrates how impotence forces the authorities to make serious mistakes. Not allowing the government of democrats to manage the actions of the President, we forced them to use the last instrument under their control - the Constitutional Court," the Head of State said.

Igor Dodon notes that the Democrats have created a dangerous precedent, which, first of all, will affect them.

"They will be amazed by the boomerang, which they launched. I am sure that these methods will not be understood either inside the country or beyond. You can call it anything, but not democracy. I assure citizens and foreign partners that in the future neither the government nor the parliamentary majority of democrats will be able to expose political pressure on the president of the country. I got a mandate from the people and will obey only the people," added Igor Dodon.

"Now all citizens could be convinced of the need to move to the presidential state, where the directly elected head of the country has additional powers stipulated in the Constitution, as required by political logic. Early parliamentary elections, the socialist parliamentary majority and the presidential state remain the only rescue solution for Moldova," the President said.

Igor Dodon promised that in this regard:


- a large-scale campaign will be held to collect signatures in support of the transition to the presidential form of government.

- We will increase social actions to support ordinary people who need help, weekly will be in villages and districts of the country with our citizens.

- We will get the parliamentary majority of the socialists at the next elections.

What does not bring us down makes us stronger in spite of them and their final loss in the end. "