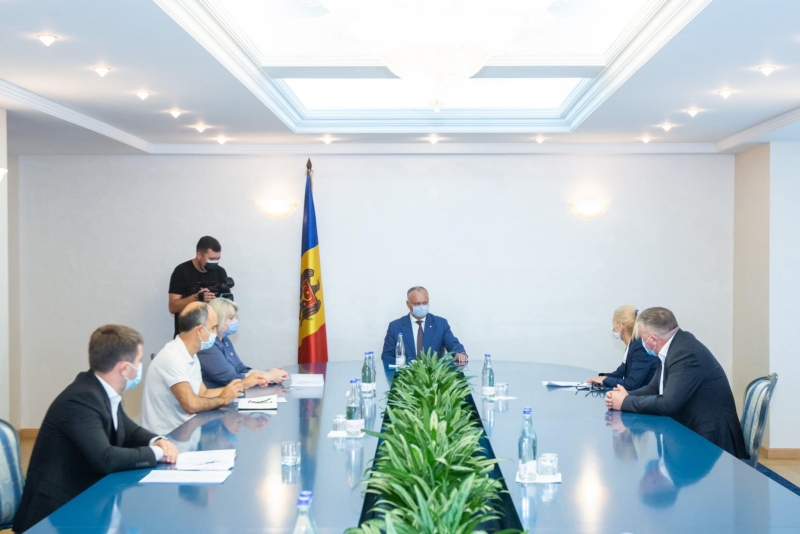 The President of the Republic of Moldova Igor Dodon chaired a meeting with members of the working group on regulating issues related to the international transport. The discussions were attended by Irina Lozovan, MP from, the Party of Socialists, elected in the Ocnita and Donduseni uninominal constituency, Silvia Vîntu, president of the Association of International Carriers of Moldova, as well as heads of other transport companies of the country.

The interlocutors discussed a wide range of issues related to the uninterrupted organization of passenger and freight traffic between our country and others. First of all, the parties addressed the issue of obtaining permits issued by the competent authorities of the Russian Federation for the transit of goods from the Republic of Moldova via the territory of Ukraine.

According to the information presented during the meeting, the Moldovan carriers nowadays hold cca 1800 permits, which are valid from July 1 till September 30 this year. The request was made to make amendments to the relevant regulations and to the Road Transport Code of the Republic of Moldova, in order to reduce the bureaucratic pressure on the companies that carry out transport activities.

The head of state informed the participants of the meeting that after the negotiations in June with the President of the Russian Federation Vladimir Putin and the President’s Special Representative, Dmitry Kozak the issue of permits had been resolved. At the same time, Igor Dodon specified that this issue was under the control of the top leadership of the Republic of Moldova and the mentioned problems would be solved promptly.