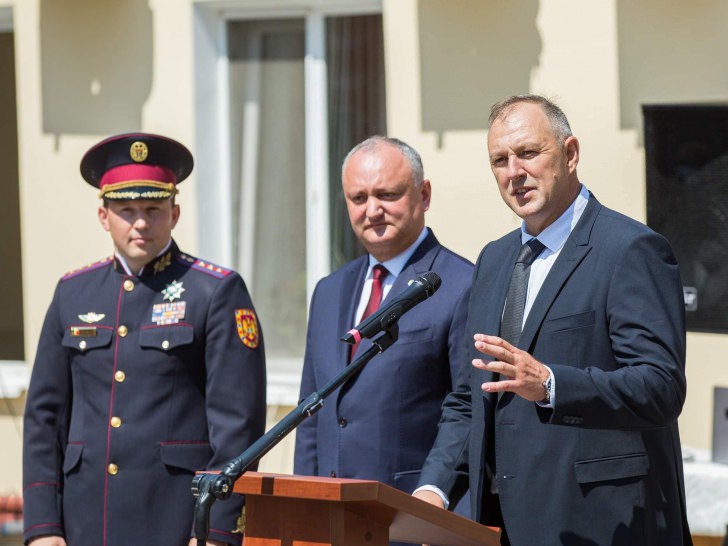 Today, President of the Republic of Moldova, Igor Dodon, signed Decree on the appointment of the head of the State Protection and Guard Service, Colonel Iaroslav Martin, and presented it to the SPPS staff at an official ceremony.

Noting that the State Protection and Guard Service has been subordinated to the President of the Republic of Moldova, through the recent decision of the Parliament.

Mr. Iaroslav Martin has more that 20 years of experience in the bodies of force, including SPPS, and has reached the rank of Colonel. “I am firmly convinced that the new leader, being a professional, will cope with his responsible position”, specified the Head of State.

Igor Dodon sent sincere congratulations and wished success in work, which starts today. The President thanked SPPS officers for their professionalism, courage and dedication in ensuring the highest level of protection for dignitaries in the country and abroad.

The Head of State expressed conviction that the State Protection and Guard service will become a modern, professional institution and in its actions will act on the basis of strictness and law.

As well, Igor Dodon mentioned that President will give all of the support needed for successful realization of specific goals and assuring high level of measures for protection.