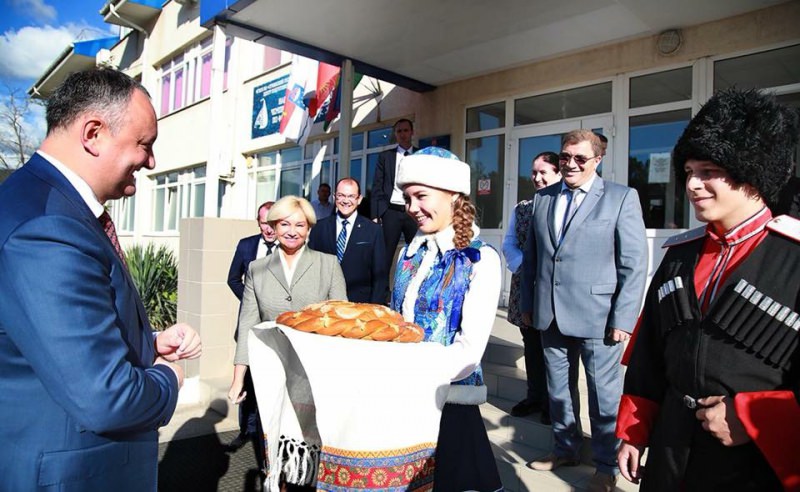 President Igor Dodon on 12 October paid a visit to the State University from Sochi, within his visit to Russia. The head of state had a meeting with Rector of the University Galina Romanova, as well as a meeting with professors and students of this education institution, some of whom are Moldovan citizens.

During the dialogue with Rector Galina Romanova, the sides discussed the specific character of the basic universities from Russia. At the same time, the interlocutors agreed that a higher education institution from Moldova would be identified, which will become partner of the Sochi State University. They also considered the prospect of making exchanges of students and specialists. “I describe the system of basic universities from Russia as a very attractive project under the regional development aspect. The adaptation of this system also in Moldova would be extremely interesting,” the head of state said.

Also, at the Sochi University, the Moldovan president had a meeting with the institution’s students and professors. Young people put more questions – beginning with the field of foreign policy and the Moldovan-Russian relations up to policies for youth and sport.

Igor Dodon answered all questions and gave assurances that he would contribute to the establishment of cooperation relations between the Sochi State University and one of the universities from Moldova, as well as to the organization of exchanges of students between the two countries. “Moldova and Russia are connected by a century-old history. I am sure that the relations between our countries have future,” the head of state added.