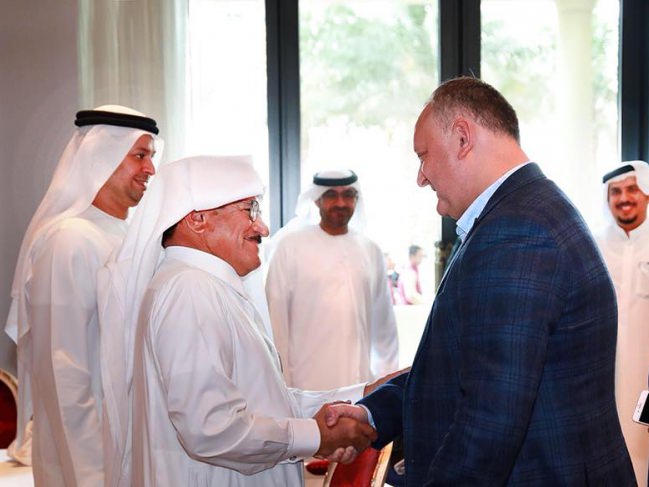 Today in the morning the Head of State held a meeting with Rashid S. Al-Rashid from Saudi Arabia, the founder and president of a large group of companies in the construction, alternative energy, medical services, tourism development, charity, etc.

Igor Dodon noted Rashid S. Al-Rashid is a member of the City Institute Committee, an adviser to the Saudi Arabia Development Committee, and also the largest investor in the construction of parks and recreation areas in Dubai. Mr. Rashid showed great interest in the Republic of Moldova, mainly in the construction of hospitals, residential buildings, shops, hotels and other facilities, the President stressed.

Igor Dodon also told that at his invitation Rashid S. Al-Rashid would visit the Republic of Moldova in the next few months.