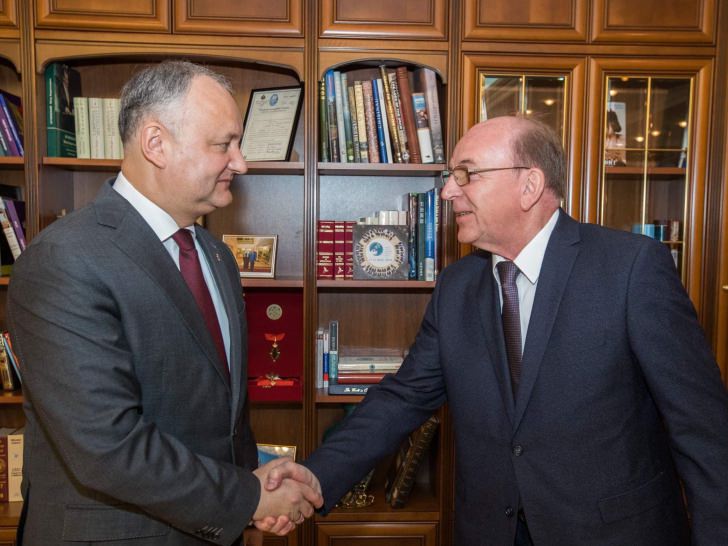 The parties welcomed the fact that events within the framework of the previously announced Year of the Republic of Moldova in the Russian Federation had begun in Russia. The head of state specified that few days before the public association “For the friendship of Moldova and Russia” had organized a Friendship Party in Moscow with representatives of public associations of the two countries. “The Forum of businessmen in Kursk and the Festival of Moldovan Culture in St. Petersburg are to be held in April as well,” Igor Dodon said.

Officials also expressed their satisfaction with the fact that the actions dedicated to the 75th anniversary of the liberation of Moldova from the fascist occupation continued in our country.

In another context, the President informed the Russian Ambassador about the dialog initiated with the leaders of the main parliamentary political forces in order to overcome the post-electoral political blockage.

Igor Dodon and Oleg Vasnetsov came to a common opinion that the launched discussions would give impetus to political processes in our country and would help to make sure whether these parties were to make a final decision on creating a parliamentary majority or we would face early elections.