Igor Dodon: There are real chances for attracting investments of the UAE to Moldova 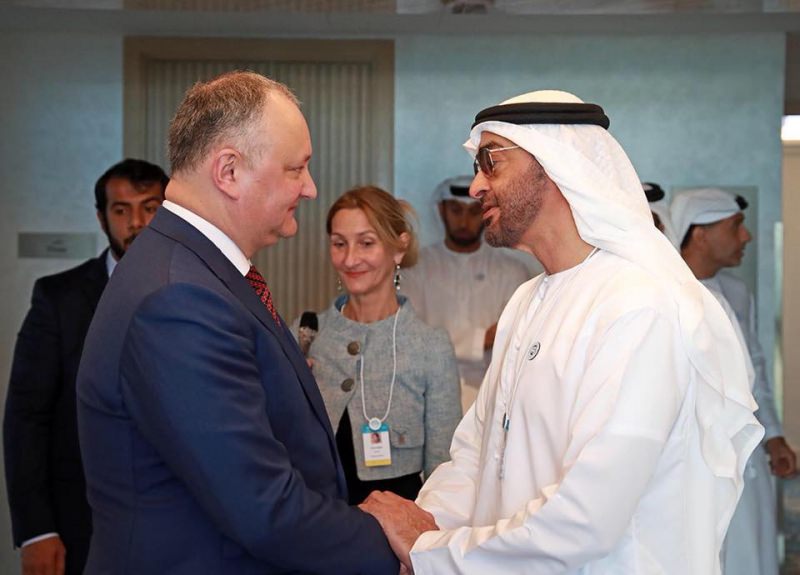 Being on a visit to Dubai, the President of Moldova met with His Excellency Mohammed bin Zayed Al Nanyan, Deputy Commander of the Armed Forces of the United Arab Emirates. The meeting was held within the framework of the World Government Summit, attended by state leaders and high-ranking officials from more than 150 countries.

Igor Dodon also noted, many officials and representatives of the business world from various countries expressed their desire to meet with the Moldovan delegation. "There are real chances for attracting investments in many important sectors for our country," the Head of State stressed. As part of the conversation, Igor Dodon conveyed to His Excellency Mohammed bin Zayed Al Naniyan an invitation to pay an official visit to Chisinau as the head of a group of investors to study the feasibility of implementing specific projects in various fields. His Excellency confirmed interest in cooperation with the Republic of Moldova.