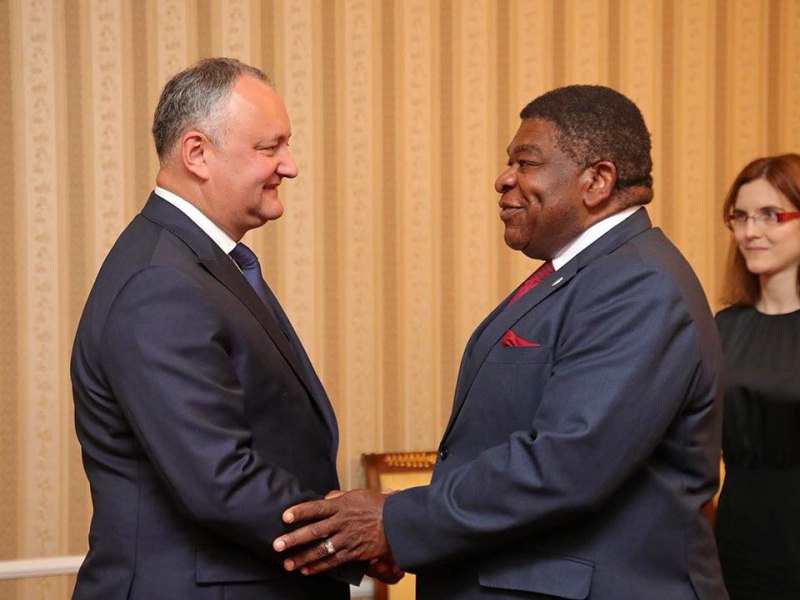 Igor Dodon talked this morning with Martin Chungong, who is on a visit to our country at the invitation, which the Head of State sent him in 2016 when he was the head of the Moldovan delegation to the IPU.

During the conversation, the sides exchanged views on the current political situation, on the forthcoming parliamentary elections, on cooperation between the Parliament of the Republic of Moldova and IPU.

Igor Dodon praised the support of the Inter-Parliamentary Union in the implementation of the mechanisms and standards of IPU, recognized and accepted at the global level. The Head of State also noted that the National Group of IPU, which is headed by the leader of the parliamentary faction of the PSRM Zinaida Greceanii, would take an active part in all events held by the largest international interparliamentary peace forum.

In conclusion, the President expressed his hope that the visit of the high guest would give a new impetus to the activities of our country in this organization.