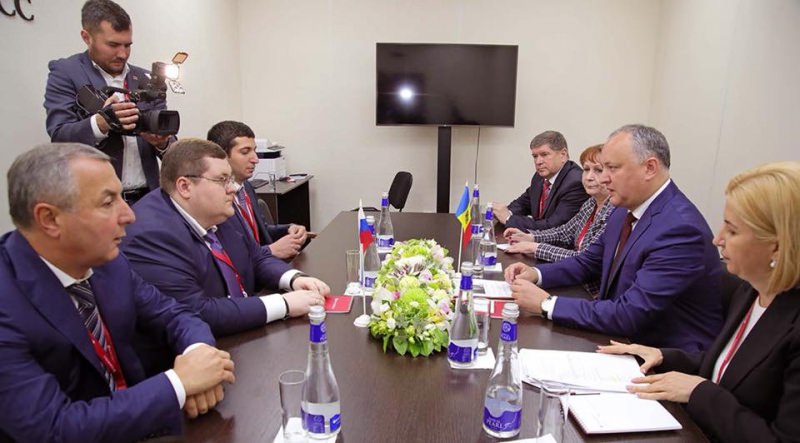 The Head of State, who is on a working visit to St. Petersburg, met with the well-known Russian businessman Igor Chaika, one of the founders of the Delovaya Rossiya organization.

"In a relaxed atmosphere, we discussed a whole range of important issues of Moldo-Russian economic cooperation, first of all, the question of investment of the Russian business in the economy of Moldova.

Russian businessmen are ready to invest in our economy large funds, create new enterprises and jobs. However, entrepreneurs need favorable conditions for this," Igor Dodon said.

The President of Moldova thanked Igor Chaika for interest in cooperation with our country.

"I thanked Igor Chaika for the interest he showed to cooperation with our country, as well as for the decision to fully fund restoration of the XIXth century monument in Vulcanesti, dedicated to the victory of the Russian army in the Battle of Cahul in 1770. Repair works of the monument are held under the aegis of the President of the Republic of Moldova and the Bashkan of Gagauzia. The opening of the monument is planned for the autumn of this year. We also discussed organization and holding of a Moldo-Russian business forum in Chisinau, which is scheduled to be held in September," the Head of the republic said.