The Head of State held a meeting with Franco Frattini 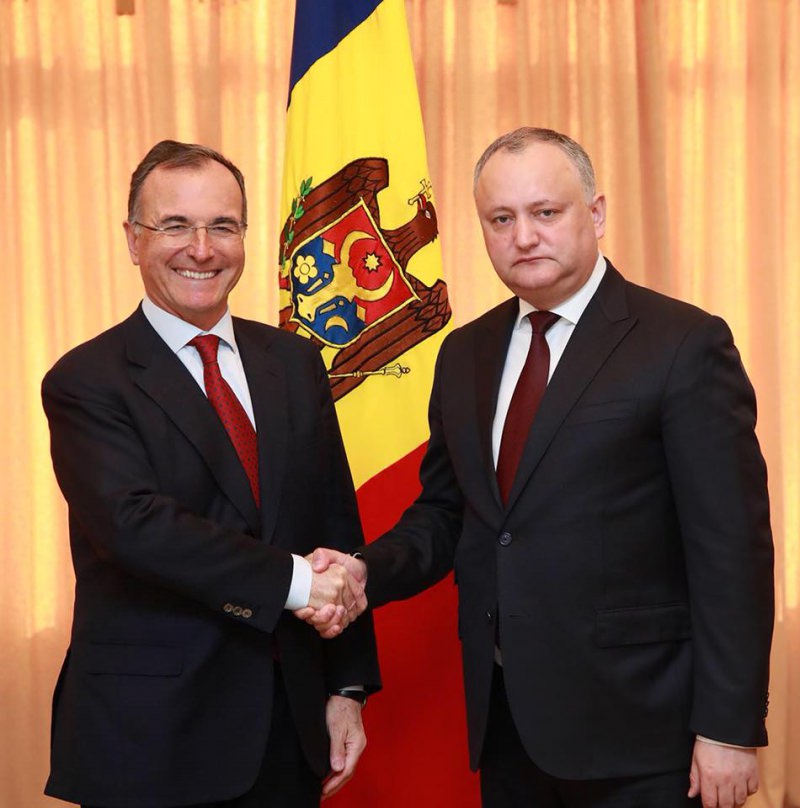 Within the framework of the meeting, the sides exchanged views on the issues of the Transnistrian settlement, drew attention to those favorable circumstances that open up prospects for the resumption of political consultations on the Transnistrian settlement process in the "5 + 2" format.
In this context, the President expressed satisfaction with the progress achieved in November 2017 on 5 issues from the package of "8 points" proposed on January 4, 2017 at a meeting with the head of Transnistria. The Moldovan side supports the need to implement all the eight points, and will also make every effort to implement all provisions set forth in the Joint Statement of the OSCE Ministerial Council in December 2017 in Vienna.

"I met with Franco Frattini, the Special Representative of the OSCE Chairmanship, the former Minister of Foreign Affairs of Italy, former Vice-President of the European Commission. I expressed gratitude for the attention that Italy pays to the Republic of Moldova within its Chairmanship in the OSCE. I noted with particular satisfaction decision of the Italian Foreign Minister to appoint a Special Representative for the Republic of Moldova at such a high political level," said President Igor Dodon.

The Head of State stressed that he expressed interest in intensifying dialogue at various levels on issues of confidence-building measures in the sphere of security and mutually beneficial cooperation in this region of Europe.

"I confirmed my readiness to build very close relations with the Italian Chairmanship of the OSCE, noting that Italy has a very large experience in terms of the successful functioning of the decentralized territories," Igor Dodon said.