Igor Dodon: Relations between Moldova and Russia are developing steadily 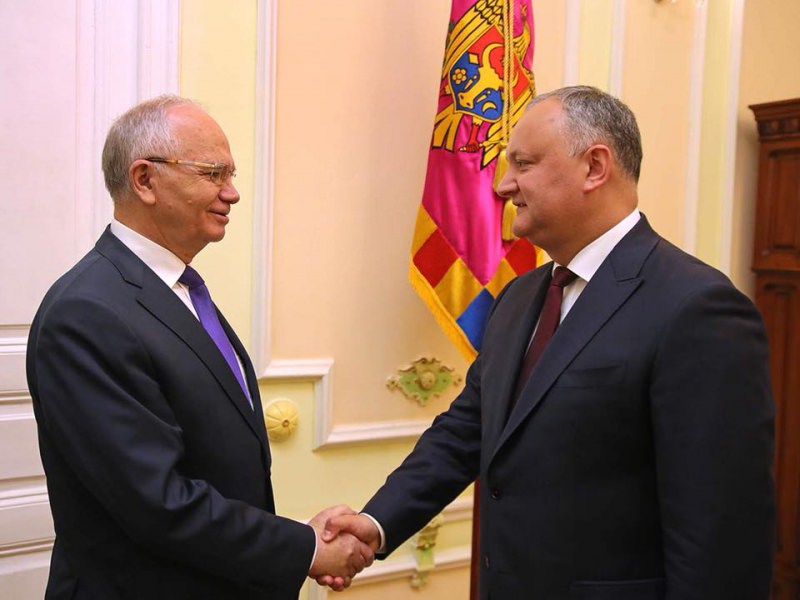 The Head of State met with the Extraordinary and Plenipotentiary Ambassador of the Russian Federation to the Republic of Moldova, Farit Mukhametshin. The sides exchanged views on the situation in the country's domestic and foreign policy. Igor Dodon noted that, contrary to unfriendly actions towards the Russian Federation by the government, bilateral relations between our countries are steadily developing against the backdrop of growing trade.

"I also discussed my visit to Moscow, which I will execute at the invitation of President of the Russian Federation Vladimir Putin, to participate in the opening of the Football World Cup. During the forthcoming visit, a meeting with the Patriarch of Moscow and All Russia Kirill is planned as well," said Dodon.

At the end of the meeting, Igor Dodon invited Farit Mukhametshin to take part in the Strawberry and Honey Festival, which will be held on June 10 in his native village of Sadova.