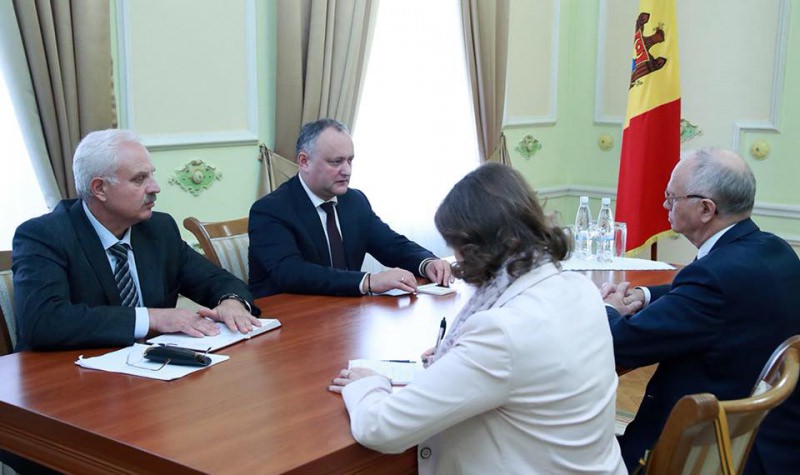 President Igor Dodon had a meeting with Russian Ambassador to Moldova Farit Muhametsin.

The sides approached several issues related bilateral relations. They opted for boosting the strategic development of Moldovan-Russian relations, taking into account the results of the meeting with Russian President Vladimir Putin in Sochi. Dodon thanked the Russian embassy and government for their support and for organizing productive and fruitful meetings with the top officials of Russia.

In the context, the officials discussed the organization of a joint meeting of the Moldovan-Russian parliamentary friendship group with the participation of MPs of Russian State Duma and Moldovan lawmakers, due in late November.

In another context, the sides referred to the Transnistrian problem. Dodon and Muhametsin expressed their own stance on strengthening efforts to develop dialogue with representatives of the Transnistrian region at different levels.

The diplomat appreciated openness of the presidential institution to the dynamization of the dialogue with exponents from the left bank of the Dniestre river, including the leadership of this region.

The officials were unanimous, recognizing the opportunity to maintain stability in the region by communicating and strengthening confidence-building measures, things that both Chisinau and Tiraspol should be interested in.

In this context, the president pointed out that some thoughtless actions, covered by local media in the Transnistrian region, give rise to some concern, voicing hope that this negative process will be managed and positive dialogue will be restored.