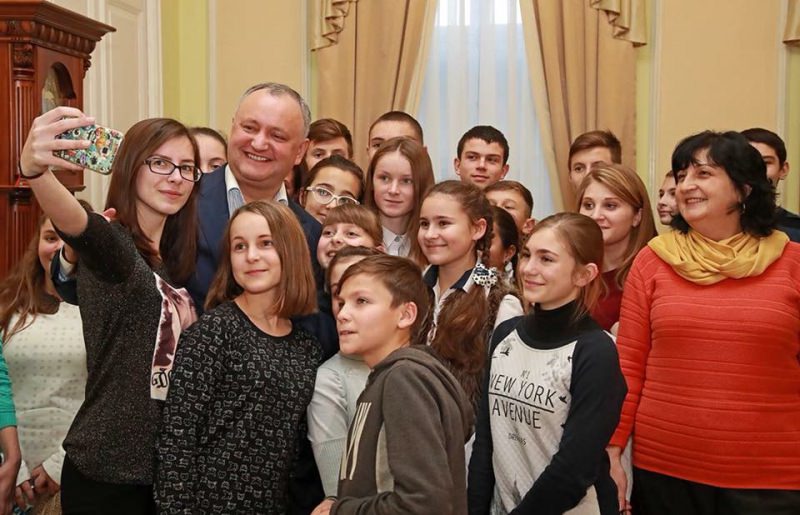 Approximately 100 children from the southern regions of the country and Gagauzia visited the Presidency, the State Residence and the Residence in Condrita within the framework of the Open Doors Day. The children liked the tour of the halls where official meetings take place, where state awards are given, at the same time they learned about how it works the Administration of the Precidency.

"Since today is the eve of the feast of St. Nicholas, and according to the folk tradition today Mosh Nikolay comes with gifts to children, together with my wife we decided to give the children through the First Lady's Charity Fund sweets and warm clothes. I hope that this year Mosh Nikolay will come to all the children of the world to fill their boots with gifts, joy and a good mood, "Igor Dodon said.

Also, the head of state pointed out that tomorrow, in the Palace of the Republic, a solemn event will be held for almost 400 children from socially vulnerable families from all populated areas of the country. The organizer of the children's holiday is the Charity Fund "Din Suflet".

It should be noted that during December more than 400 children visited the Presidency, the State Residence and the Residence in Condrita. This useful practice will be continued next year. It is planned to conduct similar visits twice a month with the participation of groups of 50-60 children from each district of the country in such a way that during 2018 at least 2-3 children from each locality of the country could visit the Presidency of the Republic of Moldova.