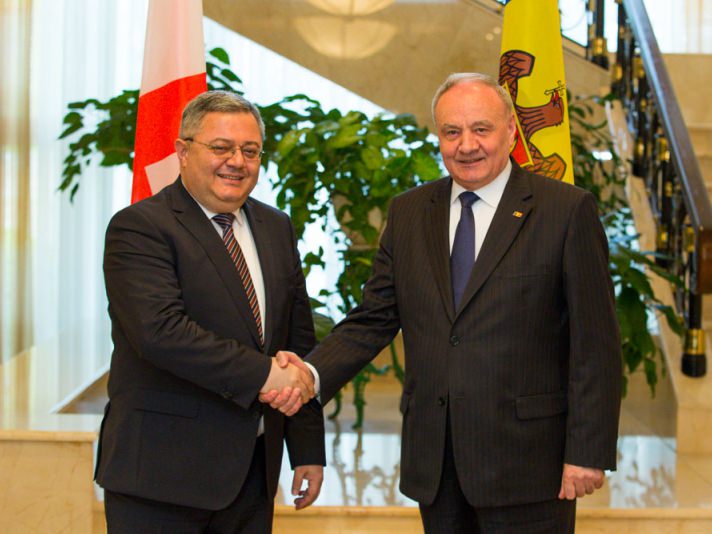 Timofti welcomed Usupashivili’s presence in Chisinau and highlighted that the traditional friendship ties between the two countries, as well as the support provided by the Western partners, would facilitate Moldova’s and Georgia’s joint European integration path.

„There is no competition between our states within the Eastern Partnership, but a friendly cooperation, for the benefit of both nations, which share the values of the western civilisation,” Timofti said.

For his part, David Usupashvili spoke out for the cooperation fostering between the two states within the Eastern Partnership, in the prospect of signing of the Association Agreement with the European Union by these countries in the near future. „The time is ripe to make together the decisive step towards Europe,” Usupashvili said.

The officials voiced concern about the situation in Ukraine. The sides rejected the exercising of any pressure on the inter-state ties and spoke out for a civilised dialogue with Russia, on the basis of the international law.

Usupashvili praised the achievements gained by the Moldovan government in the sector of reforms and said that Georgia wanted to familiarise with Moldova’s experience in modernising its institutions. Usupashvili also got interested in the functioning of the parliamentary governing system in Moldova, in conditions when Georgia had recently passed to such a system.