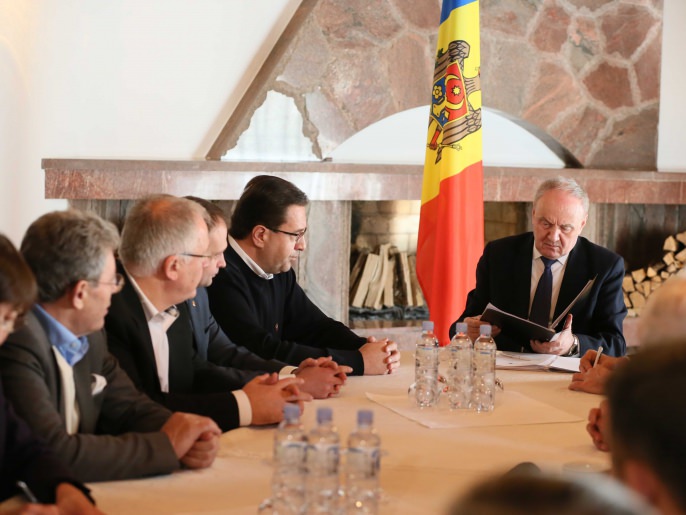 Moldovan President Nicolae Timofti held consultations with the representatives of the new parliamentary majority made up of 56 MPs, at the state residence in Condrita today.

The officials submitted Timofti a petition signed by 55 MPs in support of the Democratic Party’s (PDM) first deputy leader, Vladimir Plahotniuc’s candidature for the position of prime minister.

The president bases his decision on the provisions of the Moldovan Constitution and rulings of the Constitutional Court of 22 April 2013, according to which “every political mandate should comply with high integrity standards” and “the appointment of persons with a doubtful integrity to leading positions, runs counter to the principles of the rule-of-law state”.

Timofti believes that there is reasonable suspicion, according to which Vladimir Plahotniuc fails to meet the integrity principles needed to be appointed as prime minister. Moreover, the suspicion is confirmed by the parliament’s decision No 5 of 15.02.2013, published in Moldova’s Official Paper on 22.02.2013, which expresses a voice of no confidence against Vladimir Plahotniuc, appointed as parliament first deputy speaker back then. Plahotniuc was accused of involvement in illegal activities damaging the image of Moldova and its parliament.

As a consequence, Timofti suggests that the parliamentary majority finds another candidate for the office of prime minister, able to meet the above-mentioned integrity criteria and inform the president of their decision in compliance with the legal procedure by 14 January 2016, 12:00.