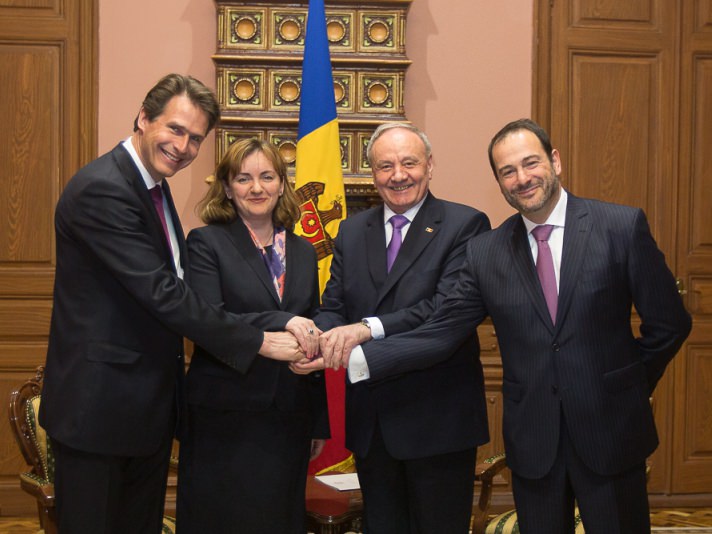 President Nicolae Timofti awarded the Order of Honor to the head of department of the European Commission’s Directorate General of Trade, Luc Pierre Devigne, and director of the European External Action Service Gunnar Wiegand on 9 May.

The distinction was conferred to the European officials as a token of “high appreciation for special merits in boosting Moldova’s integration into European institutions”.

Timofti voiced confidence that signing of the Association Agreement with the EU in the near future would contribute to boosting the country’s modernization, which would allow building democratic and prosperous society.

For his part, Gunnar Wiegand praised the training of Moldovan experts, who had participated in working out the Association Agreement. He also said Moldova represented a reliable partner of the EU.