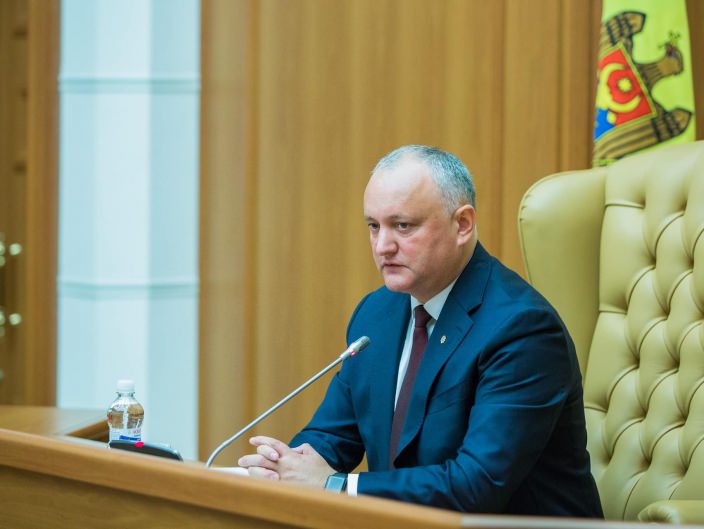 President of the Republic of Moldova, Igor Dodon had a working meeting with members of the Confederal Committee of the National Confederation of Trade Unions of Moldova.

During the dialogue, parties exchanged their opinions on the current situation in Republic of Moldova, on the problems, which working class confront as well as trade union organizations. With special attention were examined proposals that refer to improving the legeslatives that take care of citizens lives and working conditions.

A seperate subject of the disscussion was reffering to approval and implimentation of 270 Law (employees in the public sector), dedicated by the insufficiency of funds provided in the budget to cover the cost of the law. Igor Dodon declared that at current government works on budget approval to reassighn necessery costs to pay budget salaries.

As well, the Head of State highlighted the fact that Presidency is redy to disscus and support proposals of the trade unions on the 270 Law modification as well as on the fiscal policy package next year, especially those related to the employee’s incomes.

Members of the Confederal Committee of CNSM mentioned that they ask for cooperation with the Presidential Administration, new Government and Parliament for effective solutions of the problems, which represent interest for employees.

President of the country highlighted the fact that Presidential Institution will promote policies meant to assure protection of the employees’ rights and will provide all of the necessary support for the unions in the country. Igor Dodon stressed that he would establish a permanent communication platform, so that the CNSM could notify the President of the country in the fastest and the most efficient way.