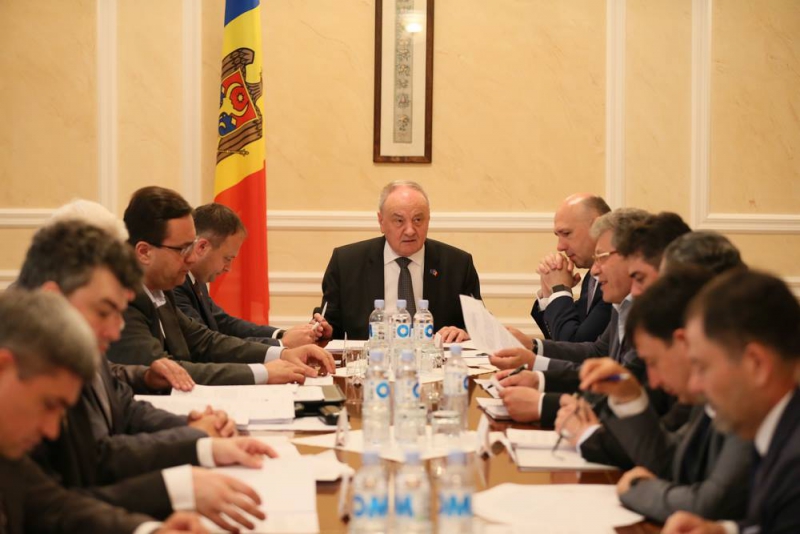 President Nicolae Timofti today chaired a meeting of the Supreme Security Council (CSS), within which the draft National Security Strategy and the Action Plan on its implementation was discussed, the presidential press service has reported.

The head of state said the Strategy was meant to contribute to strengthening the national security, in the context of the risks, threats from the region, as well as to the advancement of Moldova’s European integration – objectives assumed by the governance.

The framework document was developed by a state commission, set up under presidential decree, with the participation of competent institutions, Moldovan Academy of Sciences (ASM) and civil society’s representatives. The Strategy was consulted with representatives of the Marshall Centre from Germany, as well as with international experts, including from Romania, the United States and Latvia.

The Strategy is planned in four chapters, which describe the risks and threats to the national security, as well as the solutions which would help counteract them, in the context of the recent geopolitical developments.

The participants in the meeting adopted, by consensus, the document, which is to be submitted to the government to be given the final touches and afterwards - to parliament for final approval.