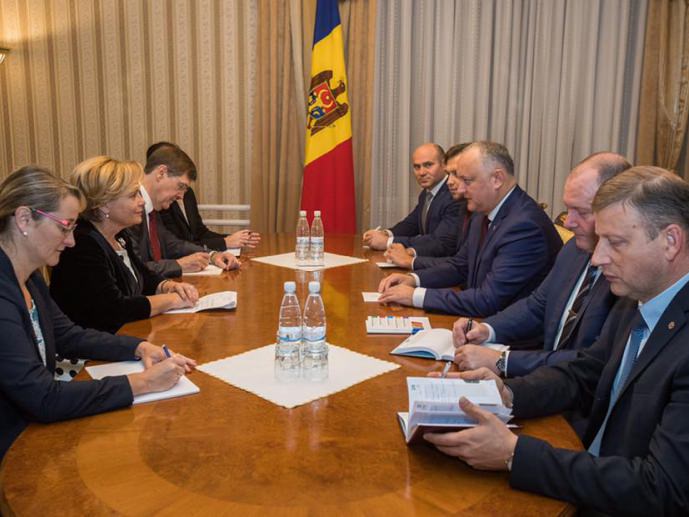 The parties discussed a large range of issues on the internal and external policy of the Republic of Moldova, Transnistrian settlement, and regional security.

The head of state in particular mentioned that Moldova strictly respected the constitutional principle of permanent neutrality, on the basis of which it promoted a balanced policy aimed to maintaining mutually beneficial partnership relations with both the West and the East.

"At the same time, neutrality is the key condition for preserving and consolidating Moldovan statehood. It is important that the position of the President of the Republic of Moldova is supported by the majority of the population, and our foreign partners treat it with understanding and respect", Igor Dodon said.