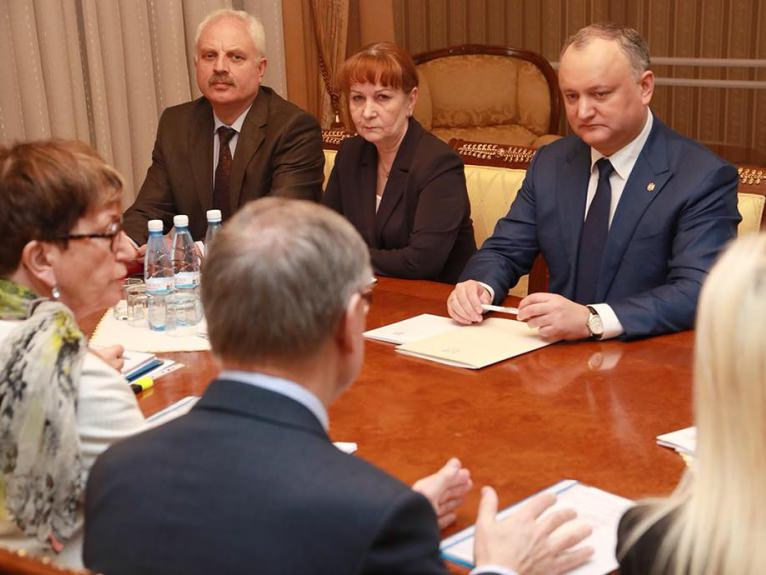 Igor Dodon met with the co-rapporteurs of the Monitoring Committee of the Parliamentary Assembly of the Council of Europe Egidius Vareikis and Marivon Blonden.

"I explained that the Head of State was elected directly by the people and enjoys its support, which confirms the legitimacy of this institution. In the fight against corruption, freedom of the press and reform of justice, the situation in the country is much worse now than it was nine years ago. I stressed that it is for this reason that the level of trust of the population of the Republic of Moldova towards the European Union has almost halved since the "pro-European" alliance came to power in 2009," the Moldovan President said.

"I thanked the European partners, but I urged them to help us in implementing genuine reforms in the field of justice," the Head of State said.