First Lady of Poland on visit to Moldova 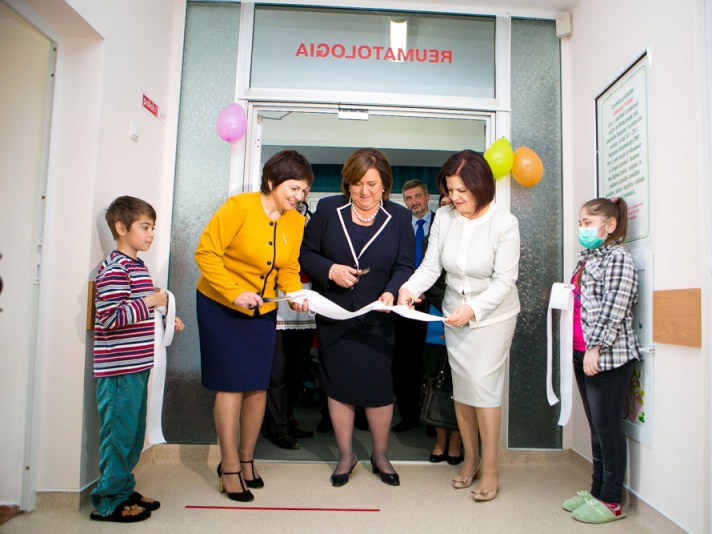 First Lady of Poland Anna Komorowska pays a visit to Moldova, on 15-17 May, at an invitation by Moldovan First Lady Margareta Timofti.

The sides today had a meeting to discuss the consolidation of Moldovan-Polish partnership by implementing economic, cultural and social projects.

“I am glad to know that in Chisinau, pupils are studying Polish. The Polish government annually offers scholarships for the young people willing to study in the universities of the country. I urge you to take the opportunity”, Anna Komorowska said.

In the afternoon, the first ladies of Poland and Moldova attended the inauguration of department of rheumatology of the Research Institute for Mother and Child Health Care in Chisinau, renovated and re-equipped with the financial support by the Polish government. The institution’s head, Stefan Gatcan, informed Anna Komorowska about other five projects worth 150,000 euros, financed by the Polish side, as well as about the programme on exchange of experience between the Moldovan and Polish doctors.