Moldovan president to visit Armenia in early next November 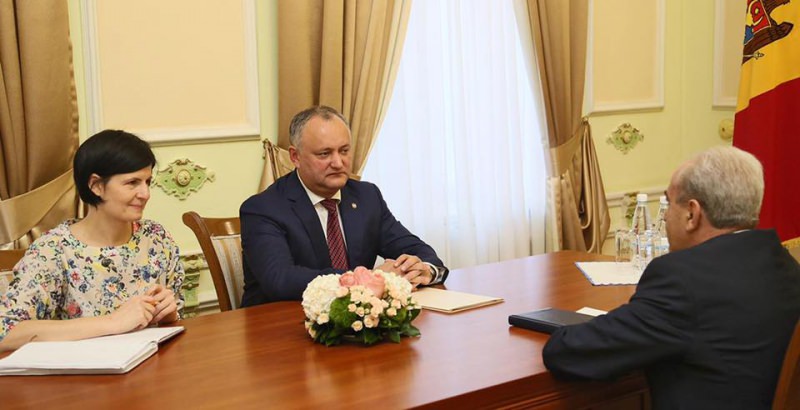 President Igor Dodon today had a meeting with Extraordinary and Plenipotentiary Ambassador of Armenia to Moldova Jivan Movsisyan.

The sides discussed aspects on an official visit by the head of state to Armenia, due in the first ten-day period of November 2017 (9-10 November).

The officials were unanimous in the opinion that there is an increased potential for the development of the bilateral cooperation in all sectors of common interest, and in particular, in the commercial and economic field.

Igor Dodon noted that the 25th anniversary of the establishment of the diplomatic relations between Moldova and Armenia is marked this year. The officials stressed that the sides had managed to take more steps to strengthen the bilateral cooperation. One of them is also the accreditation, in the autumn of 2016, after a break of more years, of Ambassador Movsisyan, as well as the opening of the Armenian Embassy in Chisinau this year.

The head of state emphasized the important contribution of the Armenian Diaspora from Moldova to consolidating the relations between the two countries, especially its participation in the reconstruction of the cultural and historical compound, Manuc Bei Palace.