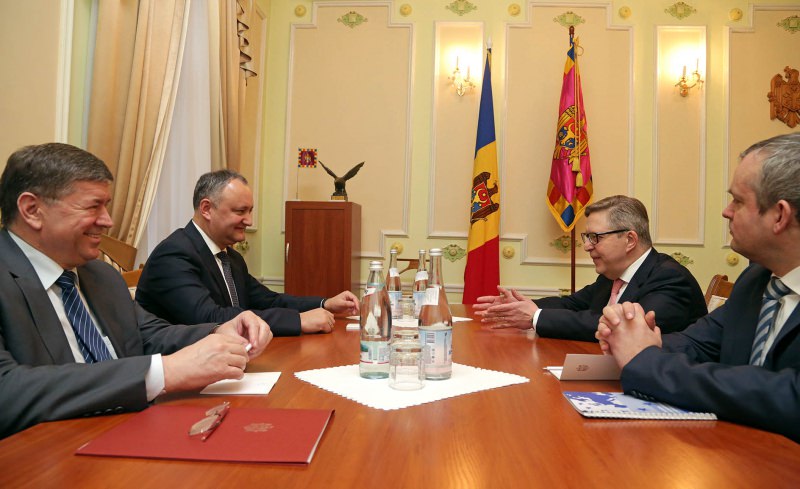 During the meeting they discussed issues of cooperation between Moldova and the European Union, but also with the EU Member States. Igor Dodon praised the partnership, but also political and financial support that has been provided to Moldova.

In another context, the interlocutors discussed the details of the official visit of the President of Moldova in Brussels in the near future at the invitation of the EU leadership. The visit was set to take place in late January or early February 2017.

The head of state expressed readiness to hold common meetings monthly with ambassadors in Moldova.

Also, the President congratulated with winter holidays the mission accredited in Chisinau and the EU officials, too.