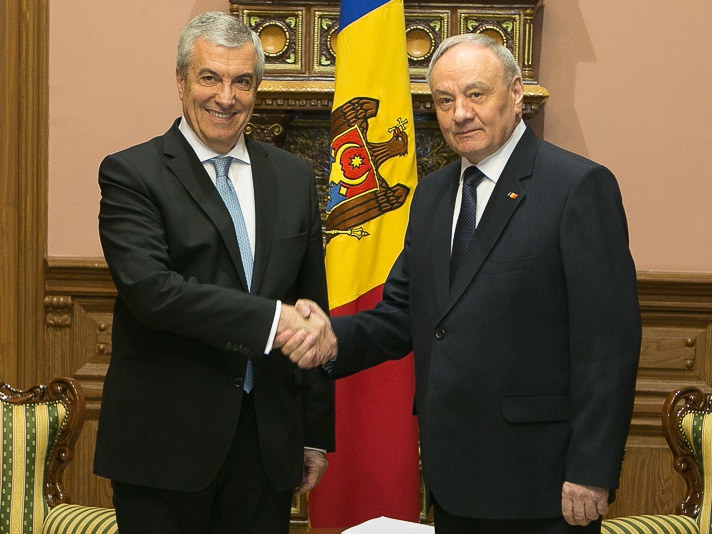 The officials discussed Moldova’s European integration, namely, further signing of the Association Agreement, including the Deep and Comprehensive Free Trade Area with the EU. In this context, Calin Popescu-Tariceanu assured that Romania remained a supporter of Moldova’s European cause. He also said that his country would play an active role in processes after signing of the Association Agreement, via political and diplomatic demarches at EU level.

Timofti and Popescu-Tariceanu analyzed the stage of implementing joint projects in the economic, social and cultural sectors. They agreed to be identified new cooperation areas for the benefit of citizens from both banks of the Prut. Timofti expressed interest in boosting cooperation in media.

The officials exchanged opinions about the latest events in Ukraine.