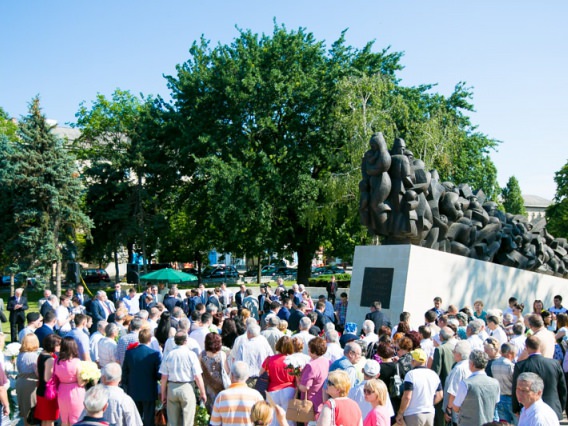 President Nicolae Timofti today participated in a ceremony on commemorating the victims of the Communist regime’s repressions, held on the square of the Chisinau-based railway station.

The head of state, accompanied by presidential advisers, laid flowers at the monument to the victims of the Stalinist deportations.

The first wave of Stalinist deportations took place in Bessarabia and North Bucovina, annexed by the USSR on 28 June 1940, 73 years ago. On the night of 12 to 13 June 1941, Soviet authorities forcibly displaced over 25,000 people to Russia and Kazakhstan.