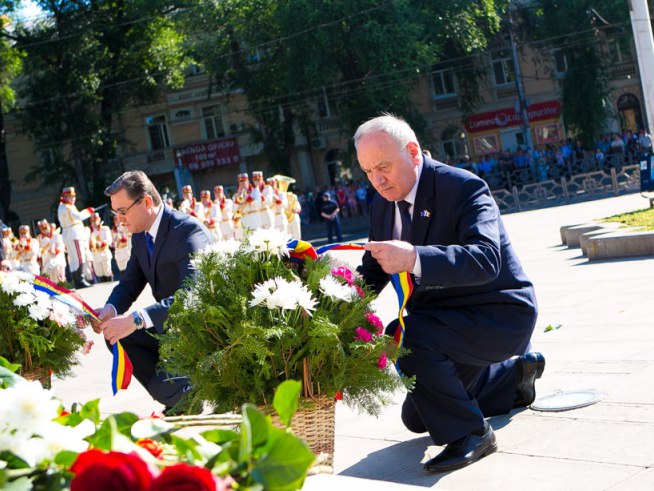 President Nicolae Timofti, Parliament Speaker Igor Corman and Prime Minister Iurie Leanca laid flowers at the monument to Stefan cel Mare, on the occasion of the 510th anniversary of the ruler’s death. Attending the event were MPs, ministers, culture people, citizens, who stood silent for a minute in the memory of ruler.