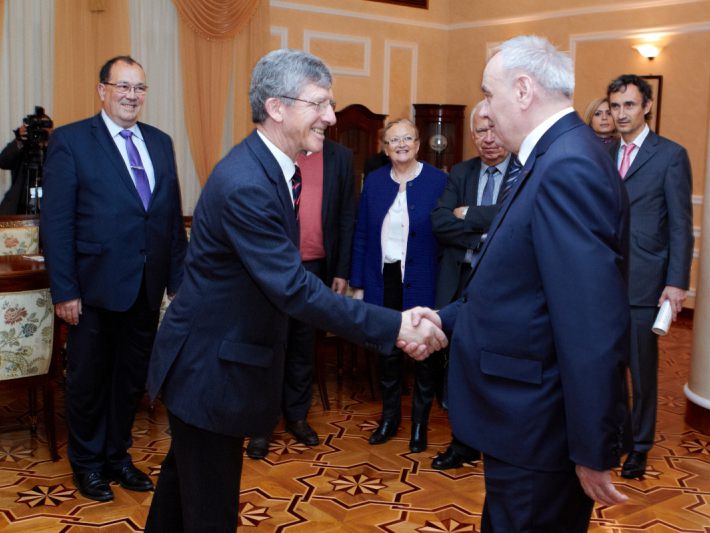 The head of state described the Moldova-France friendship ties as excellent, stressing Moldovan citizens’ interest in the French language and culture. “Moldova is the only post-Soviet country which is a member of the International Organisation of La Francophonie. Both states’ affiliation to the French-speaking area might help develop the cooperation relations in diverse fields of mutual interest,” Nicolae Timofti said.

President Timofti thanked the Paris authorities for the support of Moldova’s European aspirations, noting that the signing of the Association Agreement with EU marked an important stage on the country’s European agenda.

The members of the French delegation, made up of lawmakers Frédéric Reiss, Catherine Quere, Thierry Mariani, Denis Jacquat, Jérôme Lambert, Jean-Louis Roumegas and Damien Cesselin, praised the society’s modernisation process. “The adoption by Moldova of the EU standards and values will facilitate the process of the country’s integration into the Union’s area,” Frederic Reiss said.

The French MPs voiced confidence that Moldova had European vocation, and declared for boosting the cooperation between the two states on all dimensions.

The sides expressed concern about the degrading of the security climate in this region of Europe in the wake of the developments in Ukraine.

The parliamentary group of friendship with Moldova at the French National Assembly has 17 lawmakers.