President: Memorial "Eternity" should be restored by May 9 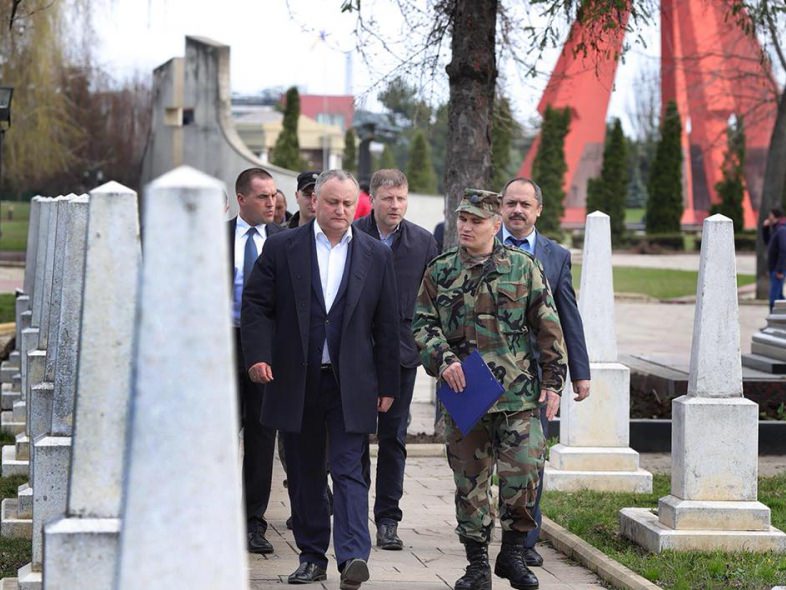 On the eve of Victory Day on May 9, as a result of numerous appeals to the President of the country, Igor Dodon visited the Chisinau Memorial Complex "Eternity" to get acquainted with his condition.

"We regret to note that most of the structures that make up the Complex are in a deplorable state and present a real danger to the health and life of the visitors," Igor Dodon noted.

The President appealed to the government of Moldova and the Ministry of Defense with a demand that by May 9, when the "Eternity" Complex is visited by a large number of people, all technical and aesthetic requirements for the safe conduct of events dedicated to the Victory Day, as well as the memory of the heroes who fell in fights for Independence of the Motherland are met.

"Stressed that if there is no money from the state budget, we will launch a social campaign to raise funds for the capital repair of the Memorial," Igor Dodon promised.

Recall, on May 9, the Victory March under the auspices of the President of the Republic of Moldova, a will take place.

The memorial complex "Eternity" was opened in 1975 in memory of the soldiers who died in the battles for Moldova and Chisinau liberation from the Nazi invaders. In 2006, the Memorial Complex was reconstructed, after which restoration work was no longer carried out here.

"The people who do not remember and do not honor their past have no future," said the President of Moldova.