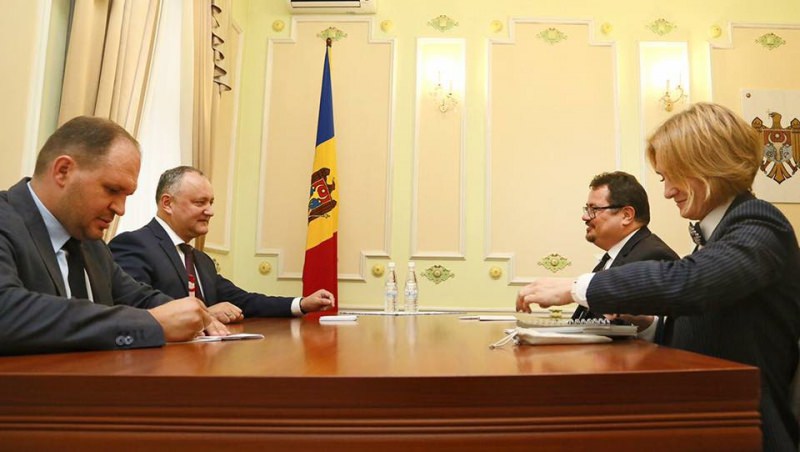 President Igor Dodon today had a meeting with new Head of the EU Delegation in Moldova Peter Michalko.

The sides discussed, in detail, subjects on the domestic policy, Gagauzia and Transnistria, foreign policy, situation in the region, bilateral and multilateral cooperation, etc.

“It seems that the present governance will no longer be able to manipulate as it has done it during the last about eight years. Mr. Peter Michalko knows well the situation in our country, as he worked in Moldova in diverse offices and on different periods, starting from the 90s till present,” the head of state said.

Igor Dodon said that the European Union is our neighbour and one of the most important partners. He voiced hope that the dynamic of the relations would be on the rise.

Also, the president spoke out for boosting the cooperation ties between Moldova and EU, in order to carry out more projects of common interest in diverse sectors.

At the same time, the Moldovan president said that he planned to pay a visit to Brussels in the months to come, during which he will discuss the agenda of the Moldova-European Union relations with more officials.

The sides agreed on having a constructive and continuous dialogue.