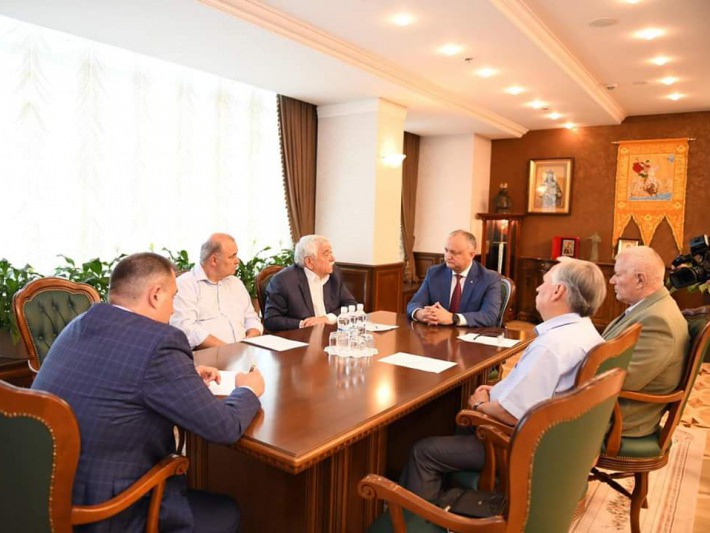 The President of the Republic of Moldova, Igor Dodon, had a working meeting with the ex-presidents and judges of the Constitutional Court during which they discussed issues related to the organization of a festive gathering dedicated to the 25th anniversary of the adoption of the Constitution of the Republic of Moldova by the Parliament of the country.

The event is scheduled on July the 29th, on the day of the historic event, where the leadership of the Republic of Moldova, former Presidents, Parliament’s sitting and ex-deputies and, specifically, deputies, who voted for the Supreme Law, 25 years ago will participate. As well, specialists in the area of the constitutional law, who participated in the drafting of the Constitution, will be invited.

Igor Dodon believes this event is extremely important for our country not only because of the significant date, but as well because of the political events of the last weeks. The Head of State specified that due to the political will of the President, the Socialists’ Party and the bloc ACUM, with the national and international support, the constitutional crisis, in which the Constitutional Court was transformed into the instrument in the hands of the Democratic Party for the political battel, has been overcome.

“Voluntary resignation of the former High Court and resolving of the crisis situation gives to the new Government a legitimate basis for the organizing, in the near future, a transparent competition for the office of the Judges of the Constitutional Court. I am convinced, that those, who will occupy these positions will appear to be professionals, outside of the political influence, and this will give our country the possibility to restore the authority of the Higher Court and to celebrate 25th anniversary of the adaptation of the Constitution with pride”, noted President of the country.