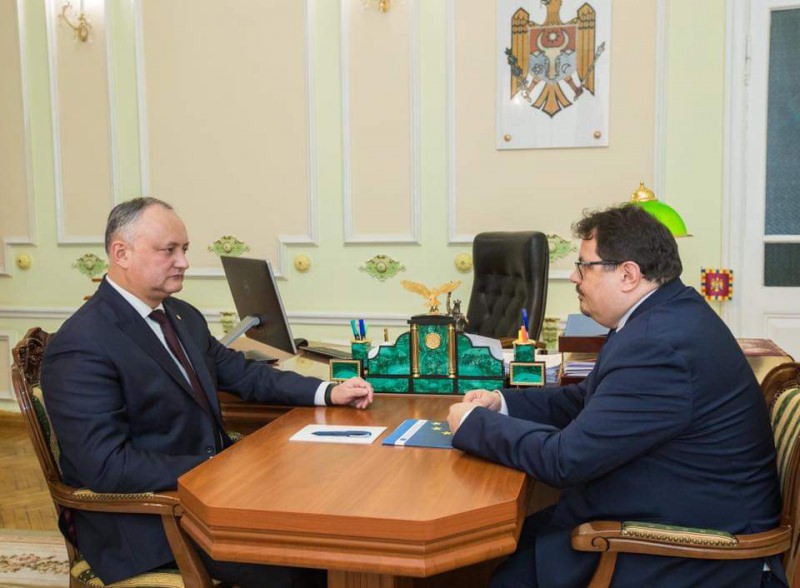 The parties discussed a number of issues related to the partnership of the Republic of Moldova with the European Union. The Moldovan leader emphasized our country's interest in continuing the dialogue in various areas of mutual interest.

In the context of domestic politics, the parties talked about the parliamentary elections, which are scheduled for February 24, 2019. At the same time, they touched upon the negotiation process on the settlement of the Transnistrian problem.

Igor Dodon explained the details of the presidential strategy of a balanced foreign policy of the Republic of Moldova, which is in favor of a mutually beneficial partnership with the countries of the West and the East based on the constitutional principle of permanent neutrality.