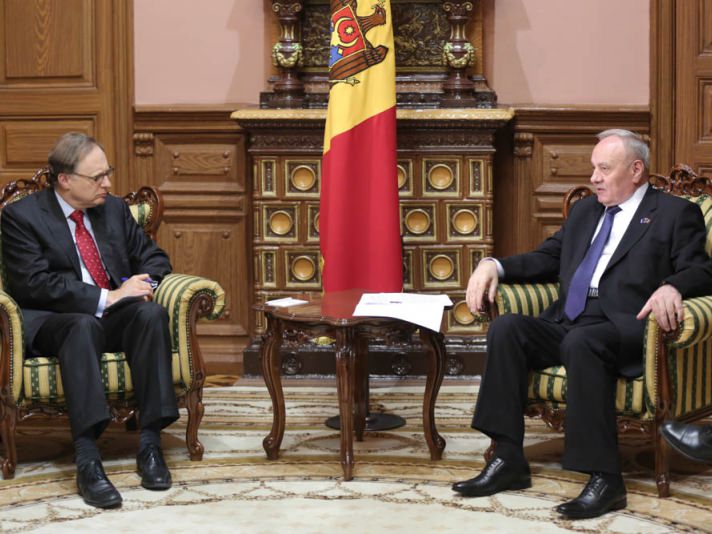 The two officials exchanged opinions about the situation in the region and ways of strengthening the cooperation ties between Moldova and NATO.

Timofti expressed concern about the climate of insecurity in the region, as a result of evolutions in Ukraine. He reiterated Moldova’s stance on the situation in the neighboring state, highlighting the importance for observing sovereignty and territorial integrity of Ukraine, preventing the violation of the principles of international law and solving the crisis via diplomatic ways.

Timofti said that despite the foreign political and economic pressures, the Moldovan authorities would exercise their right to sign the Association Agreement with the EU.

Alexander Vershbow expressed political support for Moldova’s independence and sovereignty. He pointed out that there were no incompatibilities between Moldova’s neutrality status and development of a partnership with NATO.

Vershbow highlighted the importance for ensuring climate of peace and stability in the region of Europe, “NATO observes Moldova’s neutrality status. The Moldovan authorities are to decide on the deepening of relations with the alliance. We are willing to build a lasting relationship and we are ready to provide assistance meant to strengthen Moldova’s national security”, he said.